A little change up in our regular field research, this volume includes a personal fundraiser for our beloved Explorium! 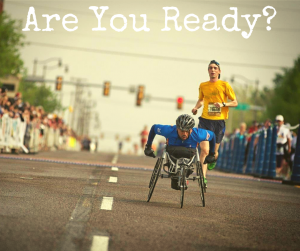 On April 26, 2015 I will be running my first full marathon, and I’ve chosen to do it in Oklahoma City.

When I first decided to start a children’s museum in Denton, I began visiting museums all over the area. Then one weekend we happened upon the Oklahoma Science Museum, among other wonders in Oklahoma City, and I was truly inspired. Since then our family has revisited OKC several times for leisure. We always visit the Oklahoma Science Museum. Oklahoma City is vibrant and alive with activity. There is much to do and see for all ages. People are friendly and generous. There is joy and electricity.

My first visit to OKC was much different. It was not long after the bombing had destroyed lives and suffocated the morale of the city. The museum had only recently opened and it was a very somber place. The city felt empty. Other “attractions” were not open at optimal hours. There just wasn’t much going on.

The thought of going back to OKC for a family trip was odd, but we’d heard of Bricktown, the Arboretum, the “bone” museum, the fabulous zoo, and the revamped downtown area. We made a reservation to stay at a family-friendly place off the beaten path and packed up the minivan for 4th of July Weekend. I couldn’t believe how much the city had changed! Gosh, there was even a professional basketball team now! Clearly, OKC had bounced back from defeat.

After that weekend, having made two separate trips to the Science Museum, swimming in the beautiful hotel pool, noshing on first-class eats, getting a Native American history lesson, taking a river tour of Bricktown and watching fireworks on the water, we were captivated.

I’d been running since about 2003 and decided my next half marathon would be the Oklahoma City Memorial in 2014.

The day before the run was beautiful. We explored the arboretum and perused the art festival downtown after picking up my race packet. My cousin drove down from Kansas with his wife and son to meet up with us there and we had a great visit.

That night, a storm developed, and race day was tainted with a horrifying lightning storm, torrential rain and wind, and a two hour delay for the start of the race. Some 26,000 runners gathered in parking garages near the starting line, some running partners huddled together to stay warm, others taking the extra time to rest. Alone, I lay on the cold concrete floor on the second level wondering what I ever thought was so great about Oklahoma City and thinking this was all a big waste of time. I could have finished by now, I thought. The rain came sideways. The thunder rattled the cars in the garage. My spirits began to sink. Three times the emcee announced a “new” start time. Three times we were disappointed. I was shivering, alone, hungry, and defeated.

The opening ceremonies finally began two hours after the original start time, even amidst the waning rain. In silence all the runners filed out of the parking garages toward the street to watch the firefighters and first responders march toward the starting line.  The run was about to begin. A pulse was starting to emerge from the once-dead festival grounds. Murmurs were heard among participants. Excitement started to take over. And the sun came out.

Finally, it was time to start. After a rocky beginning I got a good pace going and managed to finish the race having only stopped twice: once, to stretch a calf around mile 9; the second time around mile 10 when I saw my husband and children in the crowd cheering me on. After what felt like an eternity in training, traveling, waiting, wondering, and running, I crossed the finish line and thought: I was down but I bounced back. Just like OKC. I knew I had to do the full the following year.

For the past three years I’ve spent my life building up Explorium Denton. It’s been my life. I’m running the Oklahoma City Memorial Marathon on April 26, 2015. I’m running for my life! Will you be a part of it? http://www.donationto.com/Explorium-Denton-Children-s-Museum